The Rams' statement on why they want to move to L.A. is self-serving, capped off with an incredibly cheesy quote from the Los Angeles Times. The statement cherry picks articles from the Saint Louis media, not indicative of their full view on the situation, that appear to support a Rams move. The shots at the Dome are overblown, and calling fan support weak is completely out of line when the Rams have been so bad for so long. And, rest assured, remaining in Saint Louis is by no means financially ruinous for the insanely lucrative NFL.

However, as hard as it may be for Saint Louisans to hear, the report had a lot of truth in it, especially regarding Saint Louis’s economic situation. The statement rightfully points out (as we at the Show-Me Institute have written) that, when it comes to population and jobs, Saint Louis really has fallen behind and has yet to turn things around. Saint Louis City has lost much of its population; the city had around 750,000 residents in 1960, and today it’s close to 300,000. From 2000 to 2010, Saint Louis City lost population and Saint Louis County essentially stagnated. 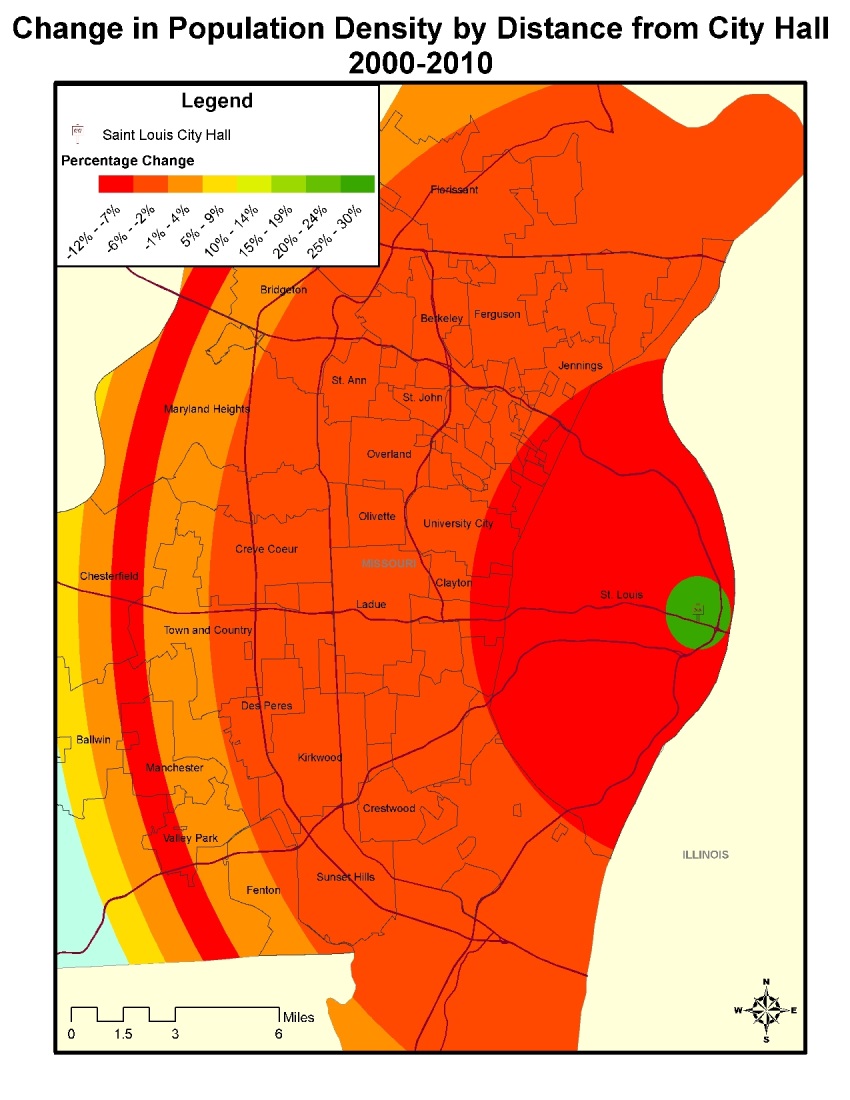 Most of the population growth during that time was in the far suburbs and downtown (which received significant subsidies), and overall, population was stagnant.

The story is equally depressing when it comes to job growth. Saint Louis had anemic employment growth before the recession, and the economy has limped along since then. Despite claims of becoming a tech center, Saint Louis (and especially Saint Louis City) has seen nearly all its employment growth in education and medical services. For these and other reasons, economists (and not just those cited in the statement) forecast continued slow growth in the future for Saint Louis.

The Rams’ statement also claims that the other teams trying to move to L.A. (the Oakland Raiders and San Diego Chargers) would leave healthier economic markets. In this, the team is not wrong. Income and GDP of both Oakland and San Diego are much greater than in Saint Louis. They have more money to spend on tickets, jerseys, and NFL cable packages:

In addition to how things stand today, one has to factor in growth. Even accounting for the deindustrialization of the late 20th century, Saint Louis is growing much more slowly than San Diego and Oakland. 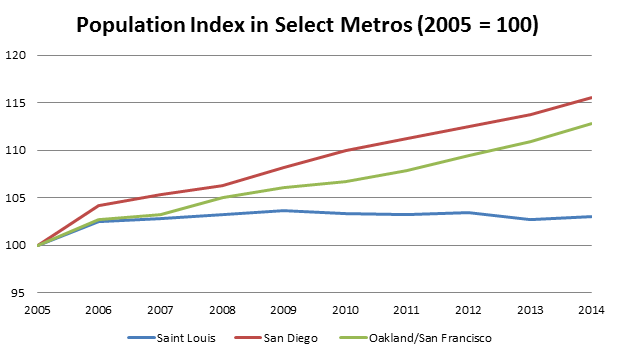 While Saint Louis aspires toward building a tech industry, Oakland is a rapidly gentrifying part of the tech-dominated Bay Area economy, and San Diego has the one of nation’s most important bio-tech clusters.

There are many possible culprits for Saint Louis’s lackluster growth, and few easy answers. However, it’s time for Saint Louis to be honest and acknowledge that, yes, of the four markets in play, Saint Louis is the least attractive for the NFL. We also have to acknowledge that without significant public financial “support,” no existing NFL team would consider locating to Saint Louis. But the city’s economy— not Stan Kroenke—is  the real problem. It’s that problem, which affects so much more than sports, that policymakers need to address.