In a recent debate, Kansas City Mayor-elect Quinton Lucas addressed a proposal for a downtown stadium by stating, “We need a new downtown baseball stadium like I need a new Maserati.” Lucas understands the impracticality of publicly financing such a stadium. However, many seem determined to hand the Kansas City Royals the keys to a new downtown home once their lease with the Truman Sports Complex expires in 2031. Supporters argue the proposed stadium would create jobs, increase tax revenue, and spur economic growth in the city. As Show-Me Institute analysts have detailed many times before, history and countless economic studies tell us projects like this fail to deliver on their promises.

There are innumerable instances where a city’s expenditures far exceed the tax revenues brought in by a publicly funded stadium (the Edwards Jones Dome in St Louis and Yankee Stadium in New York to name a few). It makes no sense (or cents) to promote the financing of a stadium for tax revenues when spending exceeds income.

Not only does public funding of a stadium severely hamstring city government, but a quick analysis reveals that the gains promised to the city’s economy rarely materialize. According to a 2008 study conducted by professors at Holy Cross, professional sports facilities, and even teams themselves “have little or no significant positive impacts, or even negative impacts on the local economy.” Why? Because the vast majority of fans who attend these stadium events are area residents who would likely be spending their money in the city regardless of the existence or location of the stadium. The same idea holds true for job creation. The thousands of jobs required to build a stadium are only temporary and often just taken from other projects occurring around the city.

This is not to say that professional sports franchises and their stadiums offer no benefit to cities. Sports teams promote civic pride and can unify city residents. If the Royals want to build a downtown stadium with their own resources, that’s fine. But the idea that a publicly-financed stadium will pay for itself by catalyzing economic growth is a tired, disproven argument.

In fact, Kansas City should have already learned this lesson. Almost two years ago, Patrick Tuohey detailed concerns about Wyandotte County funding a similar project for the semi-professional Kansas City T-Bones. Taxpayer subsidies could not overcome a lack of demand. The T-Bones’ failure continued and the owners are looking to sell. When it comes to subsidizing stadiums, policymakers should heed Breaking Bad’s Gustavo Fring and never make the same mistake twice. 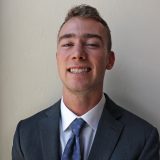