What we need is the death of state tax credits; but tonight, developer Paul McKee will fight to keep the budget-draining practice alive to benefit his St. Louis NorthSide Regeneration project.

According to the St. Louis Post-Dispatch, McKee will appear before the Missouri House Economic Development Committee this evening to explain why he needs $50 million more from the state. As we have discussed, McKee has already received more than $40 million in state tax credits. He claims he has made a net investment of $63 million on the project already ($103 million minus $40 million tax credits) — but do not go thinking that his investment validates additional taxpayer money.

McKee is waiting on a $390 million Tax Increment Financing (TIF) package from the City of Saint Louis. If the court decision goes in his favor, I doubt he will have much skin in the game with this project. Add on another $50 million from the state and his total government aid will approach half a billion dollars.

Do we think that NorthSide Regeneration will have a benefit for the state that is worth half a billion dollars? I do not. One of McKee’s supporters claims that the project will save Missouri money in the future. He says NorthSide will reduce problems such as unemployment, high school dropouts, out-of-wedlock births, and murders. But the social problems in Saint Louis will not be solved with large-scale government planning. Just like when the government uses eminent domain to remove neighborhood blight, the problems of the neighborhood do not just evaporate, they move to a new location.

McKee has an army of 21 lobbyists to help him squeeze every last penny out of the state that he can. I would argue that you do not need 21 lobbyists for good ideas, only bad ones.  I am sure the state could find a better use for $50 million than giving it to McKee. 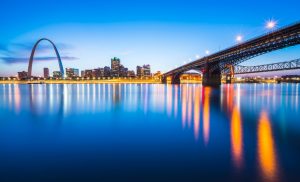 Listen: More Tax Giveaways in St. Louis
Connect With Us