Missourians pay far more taxes than they think they do.

Because of special taxing districts like community improvement districts (CID) and transportation development districts (TDD), many shoppers pay up to an extra two percent in sales taxes.

Over the past few years, my colleagues and I have written extensively about CIDs, TDDs, and other special districts. In short, most special districts are created by developers to funnel additional sales tax revenues into developments. Most shoppers don’t know about the taxes because they never voted on them and because many businesses in CIDs and TDDs don’t post statutorily required notices.

In a recent paper, Patrick Tuohey and I detailed the growth of these districts and their tax collections. But more recent data on last year’s collections provide even more evidence that CIDs and TDDs have gotten out of control.

The graphs below depict revenues for CIDs and TDDs. From 2017 to 2018. Statewide CID revenues jumped nearly $10.7 million, the single highest year-to-year increase in Missouri’s CID history. Over the same period, TDD revenues jumped a more modest $2.5 million, but are nonetheless at their highest levels to date, at $73.5 million. 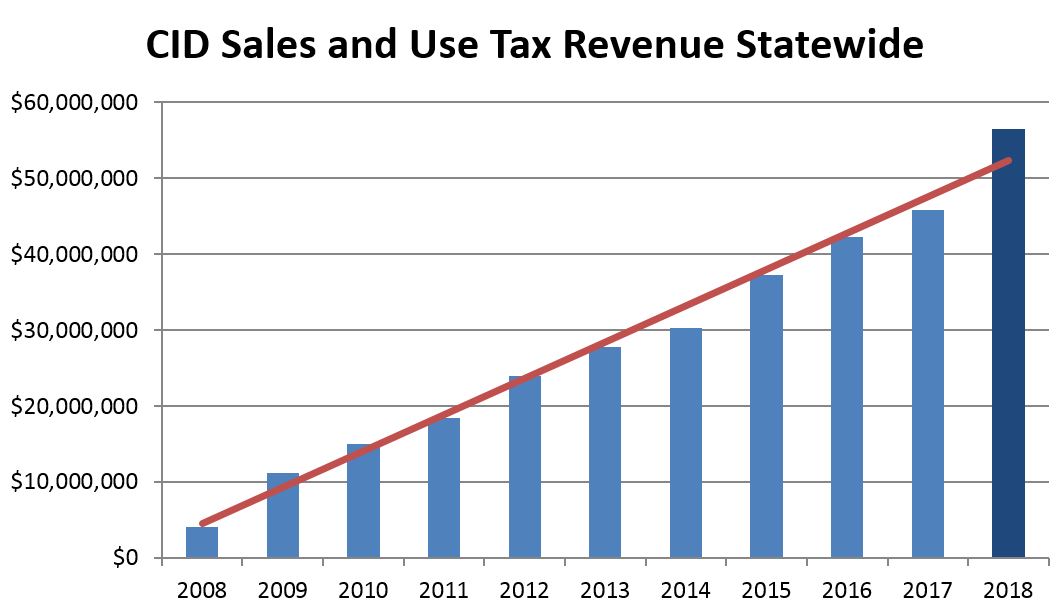 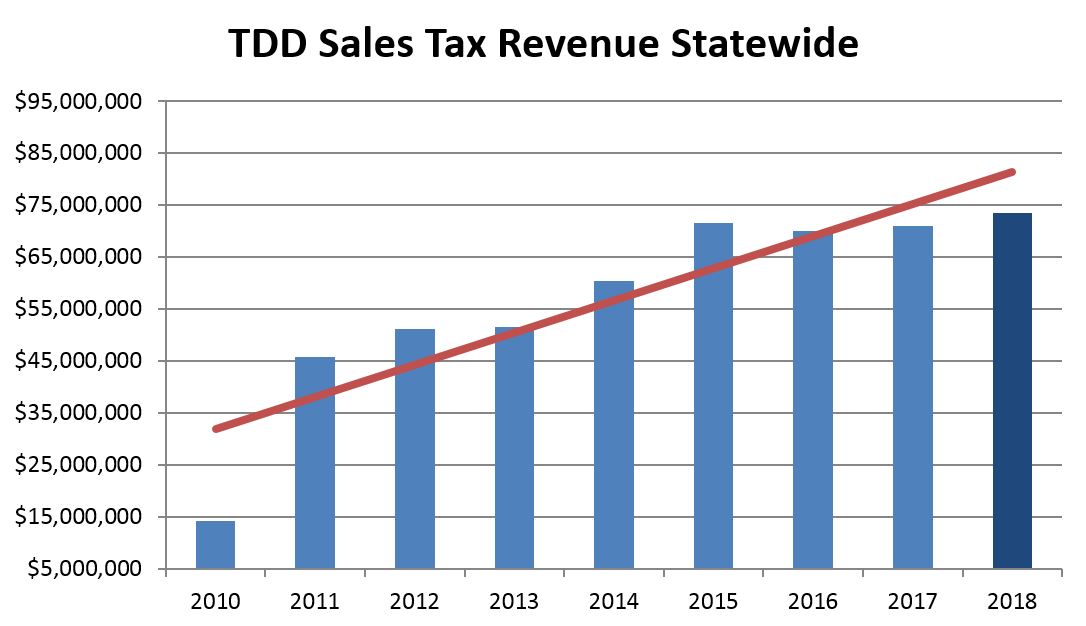 In our paper, Patrick and I detail reforms to help curb CID and TDD abuse. I would encourage readers to learn more about them here. Policymakers should recognize the sizable burden these districts place on taxpayers and enact reform sooner rather than later.