The National Association for the Advancement of Colored People (NAACP) passed a resolution on October 15 calling for a nationwide end to charter school expansion. This resolution has been controversial because many African-American parents have become strong advocates for charter schools after seeing their benefits.

In Missouri, Charter Schools overwhelmingly serve African-American students. According to DESE, the 72 charter schools in Kansas City and Saint Louis enrolled over 21,000 students in 2016, two-thirds of whom were African-American.

How well did these schools perform? Take a look below at the 2015 Annual Performance Report scores for charter schools compared to traditional public schools (for context, 70 percent is required for full accreditation): 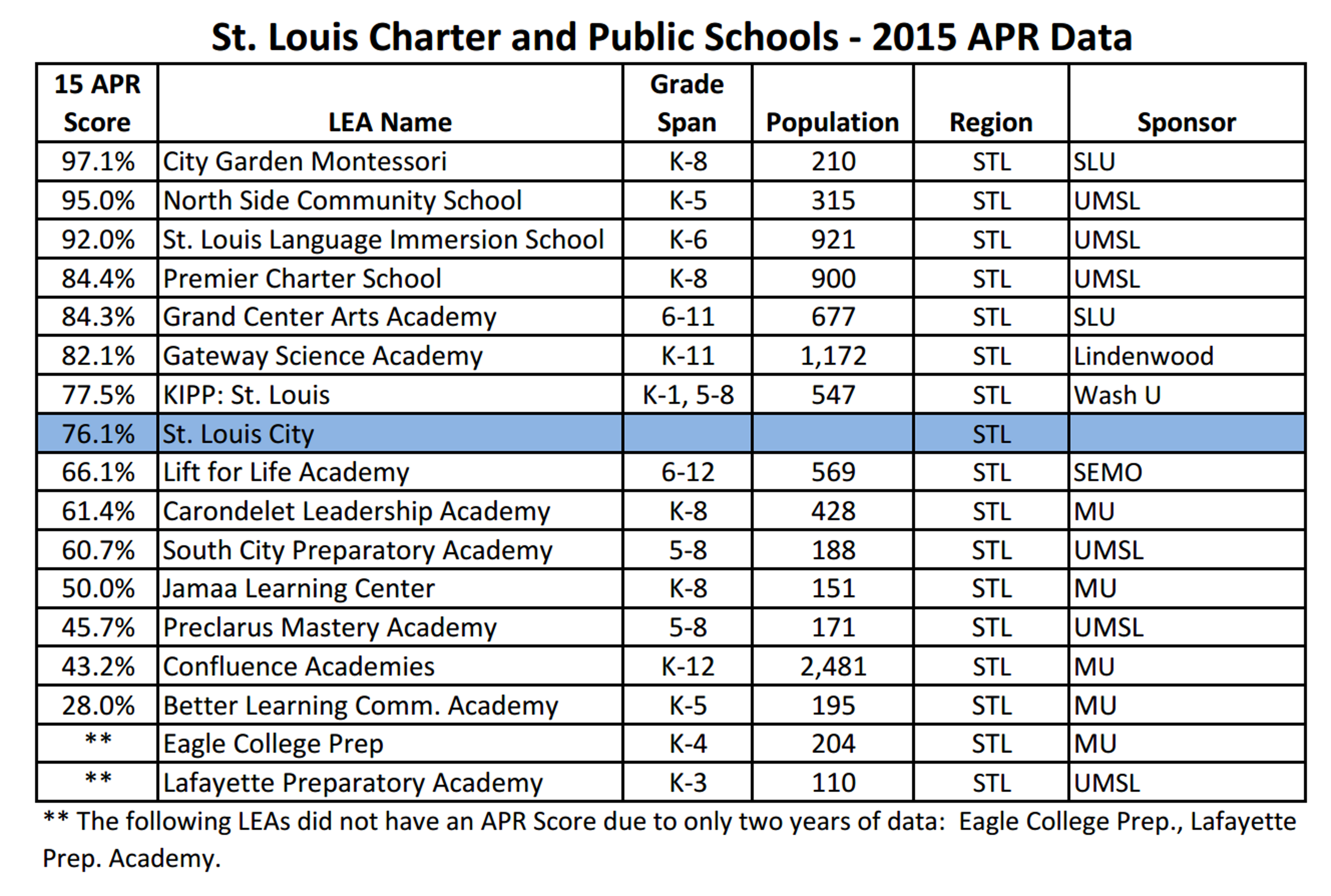 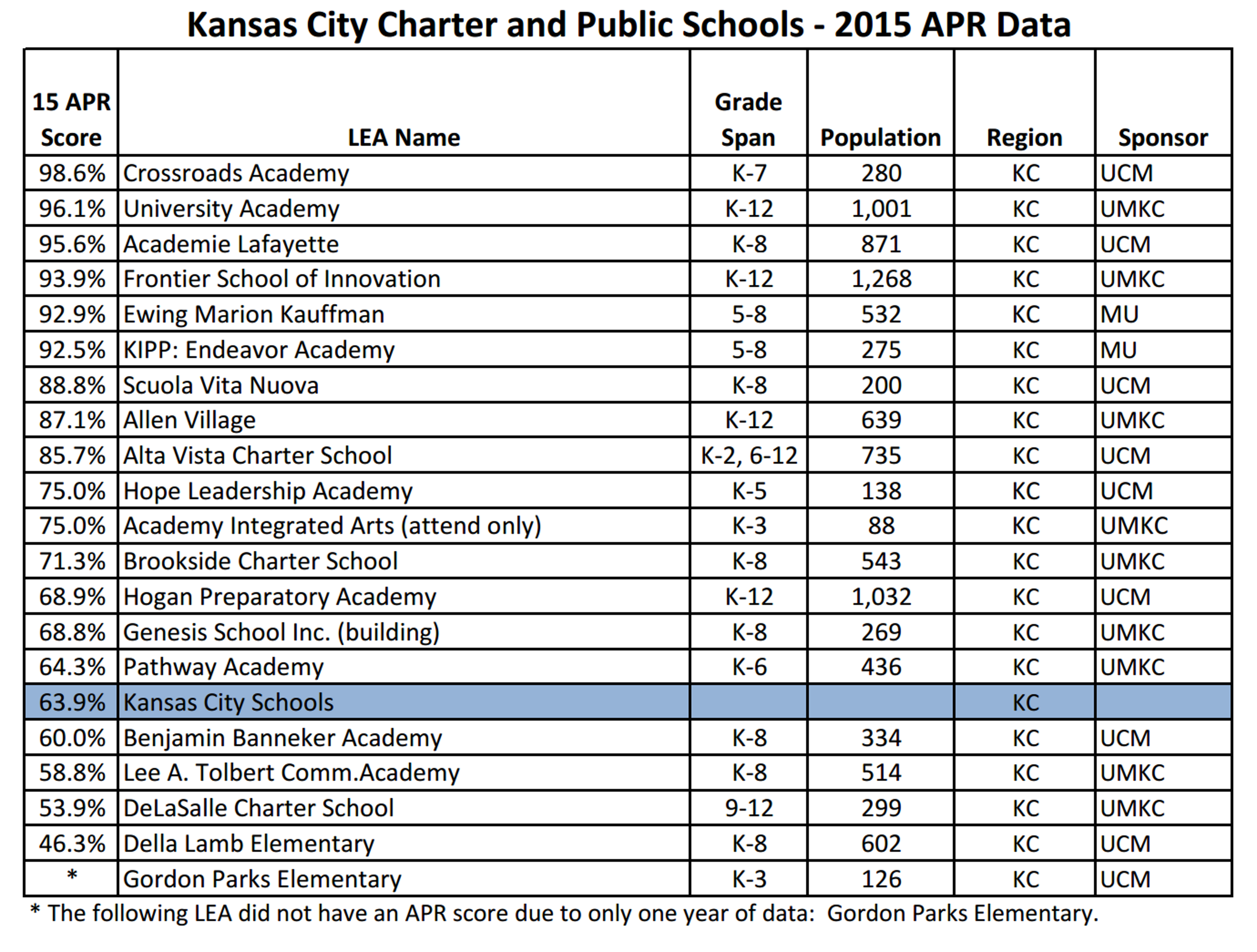 On average, charter schools in Kansas City tend to be higher-performing options than the traditional public school district. In Saint Louis, the results are more varied, but there are several charter options that perform as well as any school in the state.

The following tables show demographic characteristics of students in the top 5 schools in Saint Louis and Kansas City.

As you can see, several of the top-performing charter schools in the state (Northside Community School, Saint Louis Language Immersion, and Grand Center Arts Academy in Saint Louis and University Academy and the Ewing Marion Kauffman School in Kansas City) serve student populations that are more than 50% African-American. Does the NAACP really want to deny students the opportunity to attend schools like these?

Of course, charter schools should be monitored closely for their performance and closed if they are failing. Such was the case of Better Learning Community Academy, which had an APR score of 28%; it is now closed.

If new and better charter schools are not allowed to take its place, however, then parents are left with fewer quality alternatives to their neighborhood public schools. Instead of taking away future opportunities, isn’t it better to enhance the education of students, regardless of race, to give parents more choices and more control over their children’s education? The evidence would say so.