The Education of Tommorow … Today!

In the second half of this short 1967 video about the first personal computer in Britain, the narrator describes how the owner’s son uses the computer to learn reading, writing, and mathematics. The owner, Rex Malik, imagines “a future world where children could be virtually educated by computer.” For all the praise of technology in education, this is still the basic model for technology in the classroom: The student receives information from the computer and sends back answers, but there is little in the way of interaction. This model works just fine for smart, driven students, but its appeal is fairly limited.

Khan Academy gives students engaging instruction in an expanding number of subjects, right now primarily those in mathematics and economics, befitting Khan’s background as a hedge fund manager. Of course, this makes it easier for self-motivated students to teach themselves linear algebra, but I think the real innovation of Khan Academy is the way in which it can supplement more traditional courses.

Instead of receiving a lecture at school and working on problems by themselves at home, students using the Khan Academy can watch the lecture at home online and then work through the problems at school, where the teacher can work one on one with any students who are struggling with the material. Khan Academy’s mastery assessment software also makes it easier to identify who those students are and what particular topic they are struggling with, so the teacher can use his time most efficiently.

And it’s all free! Khan started developing these courses for his cousin and discovered that he had a knack for it. Now the Khan Academy is a nonprofit, where he works full time. Even with virtual schooling programs that are developed by for-profit companies, the fact that they can be used by millions of students simultaneously means that the per-pupil costs are extremely low. We need greater experimentation in our school systems to allow more innovations like Khan Academy to spring up and spread across the world.

MoSchoolRankings.org launch, Sam Page Requests More Money and Who Will Pay for Flowers? 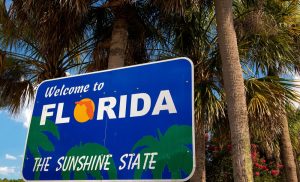 School Choice Shines in Florida
Connect With Us