By Eva Moskowitz on Nov 21, 2016
Eva Moskowitz founded Success Academy Charter Schools in 2006. Over the past ten years, Success has become the largest network of public charter schools in New York City, and one of the highest-performing schools in the country. Success has proved many times over that, regardless of neighborhood, racial, ethnic, and socio-economic lines, children can attain the highest academic standards. Success Academy scholars, from primarily high-risk, low-income, inner-city neighborhoods, have achieved tremendous academic success, scoring in the top 1% in math and top 2% in English Language Arts among all New York State schools in 2016.
Ms. Moskowitz began her leadership in education reform with her service as a member of the New York City Council, and she served as chair of the Council’s Education Committee. She earned her B.A. at the University of Pennsylvania and her Ph.D. in American History at Johns Hopkins University, Ms. Moskowitz also taught civics at Prep for Prep, a program for gifted minority students. 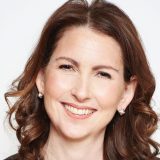