Is the Purpose of Education to Prepare Students for Jobs?

What is the purpose of public education? If you agree with Missouri Lt. Governor Mike Kehoe, you’d say the purpose is vocational—to prepare students for the workforce. At a recent event with the Moberly Area Chamber of Commerce, Kehoe praised the local school district for implementing fabrication labs in elementary and middle schools. As reported by the Moberly Monitor, Kehoe claimed, “Workforce development begins in grade school . . . We’ve got to get really good at career counseling, find out where their heart is and let them follow it.”

Let’s forget the last part of that statement, which suggests that the job of adults is to find out where a student’s “heart is and let them follow it.” I might argue that the job of the adult is to steer children into a worthwhile pursuit, understanding that our passions can often lead us astray. Nevertheless, that is not the point I want to make here. The point is, Kehoe is promoting a very specific educational philosophy . . . and it is an educational philosophy that not everyone holds.

Noted professor and philosopher, Mortimer J. Adler, whom William F. Buckley described as “unquestionably the single most prolific educator in America” during the introduction to his 1970 Firing Line appearance, wrote in 1951, “Vocational training is learning for the sake of earning.” On the other hand, Adler also said “School is a place of learning for the sake of learning, not for the sake of earning.” Adler promoted what we call the “liberal” view of schooling. This view, not to be confused with the modern political conception, suggests that the purpose of schooling is to cultivate those skills which are common and necessary for the development of all people. The liberal arts are, according to Adler, “nothing but the skills of learning itself—the skills of reading, writing, speaking, listening, observing, calculating, and measuring.”

Many agree with Adler’s view of the purpose of education:

The aim of education is to cultivate the individual’s capacities for mental growth and moral development; to help him acquire the intellectual and moral virtues required for a good human life, spent publicly in political action or service and privately in noble or honorable use of free time for the creative pursuits of leisure, among which continued learning throughout life is preeminent.

But this view is in contrast with Kehoe’s vision. Learning how to use fabrication tools is itself a useful vocational skill; it is not, however, a universal skill that leads to continuous self-improvement in areas beyond the skill itself. It is vocational, not liberal.

While the lieutenant governor praised the vocational programs in Moberly, the liberal programs do not appear to be going as well. In 2021, little more than one third of students in the Moberly school districts scored proficient or advanced on the state’s language arts exam and fewer than one third did in math. The average ACT score for Moberly students was 18.5, well below state and national averages. 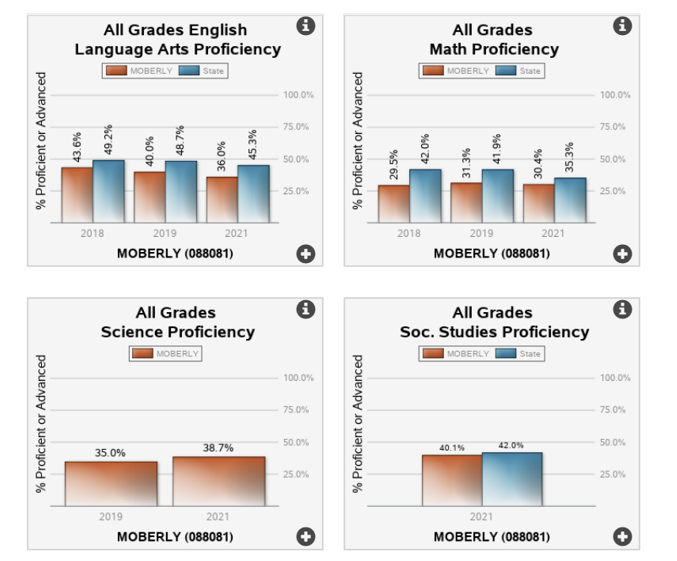 So what do we do about this as a society? We have two very different, competing ideas for what our public schools should be doing. One suggests the purpose, as early as elementary school, is to prepare students for the workforce. The other suggests the purpose of schools is to inculcate those skills and dispositions that lead to a lifetime of learning.

We have two options. We can, as we have done throughout history, allow the ideas to battle it out in the public sphere where the winner takes all by setting the philosophy down in state statutes, standards, and testing regimes that control local public schools. Or we can allow individuals broader access to the schools that align with their vision of a quality education via school choice programs.

As someone who tends to subscribe to Adler’s view of education, I wish I could make everyone see the world the way I do. I wish people would realize, as Adler suggests, “Training in the liberal arts is indispensable to making free men out of children. It prepares them for the uses of freedom—the proper employment of free time and the exercise of political power. It prepares them for leisure and for citizenship.” Alas, I don’t have those powers of persuasion. So, in the meantime, I’ll settle for a school choice system that allows such schools to flourish.