The above title is what Senator Scott told me when I testified Monday in front of his committee about the harm done by occupational licensure in Missouri. Be that as it may, sometimes lost causes are the best ones of all. It’s like a Billy Joel song, but instead of an angry young man in Manhattan, it’s an aspiring economist in Jefferson City.

Whether or not I’m 100 years late (and he is probably right), the issue will always be here, because existing firms will always try to use political muscle to limit their competition from the outside. That is, frankly, what the entire Department of Professional Registration is about: bureaucrats colluding with business groups to form cartels — nothing more.

As an example of how the issue will always be around, I present two articles dealing with it, in different ways, from today’s Post-Dispatch (hat tip to Combest for one of them; I forget which). We have the return of the annual midwifery debate, as discussed in this article. I love how Senator Loudon cuts through the b/s and gets to the point in the debate:

"I’ve come to recognize a turf battle when I see it," Loudon said. "It’s time to call it what it is and decide are you going to protect their turf, or are you going to let the people of Missouri make their choice?"

People should be able to make choices, and if use of a midwife is one of them, then they should be allowed to do so. The other article is about prepaid funerals, which Nick the Intern blogged about the other day. The issue is that sellers of prepaid funerals have apparently not been properly putting the money in trusts, as required. From what I can see, this is a criminal matter — but no doubt the funeral home industry will try to take advantage of it for more regulatory control. If agreements are not being honored, then the companies should be prosecuted. But that should not serve as a jumping-off point for more laws or more control. Prepaid funeral plans are a dumb idea for most people. I like this simple advice from the article:

His recommendation is basic: Consumers should put their money in a savings account or an investment in their own name rather than prepaying for a funeral.

Just because something may be a bad deal (referring to the 20 percent allowed to be kept by the seller in case of cancellations or other changes) should not automatically be a reason for the government to jump in to protect us from ourselves. This is the type of reaction that leads to the ever-expanding role of government in our lives. And I though The Nintern was coming along so well. … 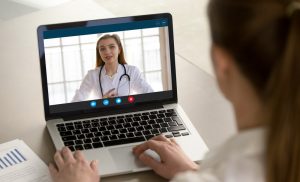 Reprint permission for Show-Me Institute publications and commentaries is hereby granted, provided that proper credit is given to the author. We request, but do not require, that those who reprint our material notify us of publication for our records: [email protected]e.org.