Kansas City has proposed new for-hire vehicle regulations that are designed to allow ridesharing companies like Uber and Lyft (also known as Transportation Network Companies [TNCs]) to operate. Uber has cried foul over the new rules and threatened to pull out of the Kansas City area altogether. Lyft has expressed guarded optimism. The city holds that revised regulations are fair and designed to protect the public.

The draft ordinance allows TNCs to apply to operate, free of charge, in Kansas City. Drivers for the TNCs must have insurance, pay a $250 annual permit fee, a $44 inspection fee, and get the medical permission to drive. If the TNC agrees to pay $10,000 to the city, individual drivers need only pay $150 annually, and they do not have to pay an inspection fee if they can provide proof of a state inspection.

Paying $294 to drive for Uber or Lyft may not sound like a lot, but the majority of ridesharing partners drive less than 15 hours a week. The higher the permit costs and ancillary requirements, the fewer drivers will be available. One might ask why, if Kansas City permits the overarching ridesharing company (who is required to perform background checks and carry insurance), the individual drivers need city permits at all? At a hearing on possible state regulation of TNCs, a representative from Kansas City’s Regulated Industries Division gave an answer to that question. The representative stated that even though the city could enforce existing safety laws it could take considerable time and effort. It is more effective for the city to be able to pull a driver permit at will. The representative worried that without the permits, the city “won’t have anything to regulate.”

TNCs aside, the proposed taxi regulatory changes are completely disappointing. Taxi permits are still capped at 500 (applicants must have at least 10 cabs to apply). Prices are still regulated, private bus routes are still illegal, and apparently Kansas City is still protecting customers from drivers wearing jogging suits. How long do Kansas City officials think that highly regulated segment of the market will last in competition with (even hampered) TNCs?

While Kansas City may be changing the name of its taxi code to “for hire vehicle code,” they are a long way from a holistic, safety-driven approach to transportation regulation. Control is still paramount for city officials, and balkanized market controls pervade the code. If officials go forward with changes as they are, they will likely cause instability and a need for further changes in the future. 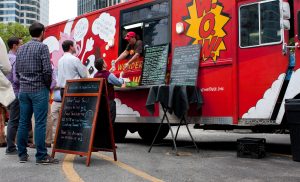