Great Article About the Harms of Occupational Licensing in The Economist

My buddy Mike M. forwarded me this terrific article in The Economist about occupational licensing in the United States. As we have discussed many times before, Missouri has fewer of these types of economic restrictions than any other state. We can be proud of that, and we can be proud that the legislature adjourned without passing — as best I can tell — any major new licensing provisions. I define “major” as taking an entire occupation that was previously unlicensed and requiring it to be licensed. There were definitely examples this session, some good, some both good and bad, of changes to existing licensing rules.

Unfortunately, the larger cities and counties in Missouri have too often decided to fill in the lack of statewide licensing with local licensing rules. Those can be some of the worst rules, because they often favor certain constituencies even more brazenly than statewide licenses would. Nonetheless, Missourians can be proud to have less of these rules dictating our lives in general than in other states. So, think about that as you enjoy the article, and trust that we at the Show-Me Institute will keep fighting this issue.

Now, on to the best part of the story. The legislature passed changes to Missouri’s utterly ridiculous home mover licensing requirements. Now, if you wish to engage in the business of moving people from house to house, you will no longer be subject to some of the most insane licensing requirements in the country. The business will be treated more like other businesses, in which markets and customers make the decision of who will participate, not state government. The moving industry is still subject to regulations by the state, but if you read the bill summaries you will see how the new regulatory system is much less burdensome and crazy than the prior system. 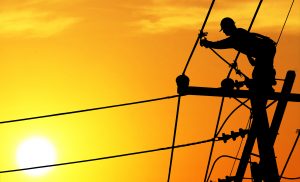