The St. Louis Public School District is looking for a new superintendent. If you think you’re up for the job, keep in mind that this is the only school district in the state where the superintendent is required — by law — to post a $50,000 bond to be hired. (It should be noted, however, that posting a bond generally costs only a fraction of its full value.)

Why would a school district, let alone Missouri legislators, require such a thing?

In general, having a person post a bond is done to encourage something. It all depends on the wording. For example, the St. Louis district could use the bond to encourage the superintendent to stay (she could get it back after five years with the district), to work toward an academic goal (she could get it when the district’s drop-out rate decreases by a set amount), or simply to lower the school district’s costs.

The bond required of Dr. Diana Bourisaw, and every other St. Louis superintendent hired by the district during the past 40 years, encourages none of those things. In its entirety, the bond requires the superintendent to "Faithfully perform the duties of his (her) office as provided by law."

How did this happen?

I don’t know. I haven’t been able to find any living co-sponsors* of the initial bill. The Missouri State Archives does not have debates over bills passed in the 1960s.

Here’s what I do know:

It would make sense that issues concerning a major metropolitan school district would at least be more visible to the new, more urban legislature. Was the bond requirement passed merely because of a more urban-aware legislature? Or did something happen before 1967 to cause the St. Louis Public School District and Missouri government to need such a large assurance that the next superintendent would do his job?

Whatever the reason, the law continues to persist. Over time, inflation has lessened the size of the bond to about 25 percent of the current superintendent’s salary.

If you have any questions about this bond, or suggestions about where I could find the rationale behind this legislation, please email me.

* The co-sponsors of the 1967 bill were: Theodor McNeal, Edward Lineham, Lawrence J. Lee, John Joynt, Robert Pentland, and Michael Kinney. I owe special thinks to Robyn Burnett at the Missouri State Archives for helping me find out exactly when this bond requirement was first passed, and who the bill’s co-sponsors were. 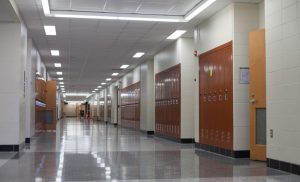