Haven’t Been Able to Get Uber in Saint Louis? Blame the Taxicab Commission

When the St. Louis Metropolitan Taxicab Commission (MTC) altered its regulations in the past month to allow Uber, we warned that the rule changes did not go nearly far enough. We wrote:

. . . the MTC still plans to tightly control the supply of premium sedans available to Uber through the issuance of permits. Initially, the MTC will only issue 26 permits for premium services, and only five will be rewarded to new, single-vehicle operators. The rest will go to existing sedan companies that can afford three or more sedans. These smoke and mirror tricks, designed to make it appear that the MTC is becoming friendlier to other services and companies, are in reality reinforcing the restrictions on the entry and pricing of the taxi market.

As a result, Uber cannot hire new drivers as demand dictates; it can only use the limited pool of existing MTC-approved premium sedans.

The result, predictably, is that people who want to ride Uber’s premium service are often unable to. This mismatch between supply and demand hurts both Saint Louis residents hoping to use a service they want as well as Uber. MTC Director Ron Klein is unconcerned, stating, “We’re very flexible. . . . We just didn’t want to go out there and say, ‘Let’s add 100 [permits for black cars],’ and then have 75 guys standing around.” He stated that the MTC will vote on adding 26 cars next month, and might add more if Uber can prove there is a demand.

It should be readily apparent that demand exceeds supply if people are demanding Uber and there are no cars to send. Furthermore, why should the MTC, like a cabal of Gosplan apparatchiks, think it is appropriate for them to attempt to match supply and demand? Why should Uber have to prove demand before the MTC will consider allowing more black cars? When does it become obvious that MTC policies, far from ensuring safe taxi service, are limiting consumer choice and making the city a less attractive place to live?

If the MTC is so concerned about the quality of for-hire vehicle service in Saint Louis, they should limit the supply of regulations, not the number of premium sedans in the city. And if they can’t do that, perhaps residents should reduce the area’s supply of taxicab commissions. To zero.

When It Comes to The Land Bank, St. Joseph Should Get Out While It Still Can 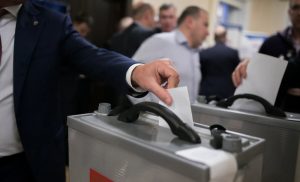