On Thursday the City Council of Kansas City will consider placing on the ballot an initiative petition calling for an increase in the minimum wage to $15 per hour. Kansas City has been wrestling with this issue for months, perhaps because city leaders appear to have used the matter for political gain rather than for serious policy consideration. For example, regardless of the merits, there is debate as to whether the City Council even has the legal authority to increase the minimum wage.

I testified on the minimum wage in May; a video of the testimony is available here. Afterward, then-councilwoman Cindy Circo asked about a chart presented previously in testimony that appeared to show that worker productivity has been rising since the 1970s while wages had not. For anyone following the minimum wage issue, that claim was a familiar one. Here is a version of the chart that has been circulating most recently: 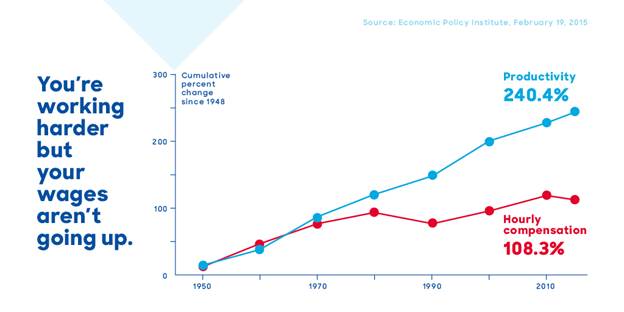 There has been criticism from the right and the left concerning this chart and what it claims to show. The Heritage Foundation weighed in with data that actually compare the productivity of hourly workers with the compensation of hourly workers. The increases over time line up nicely. 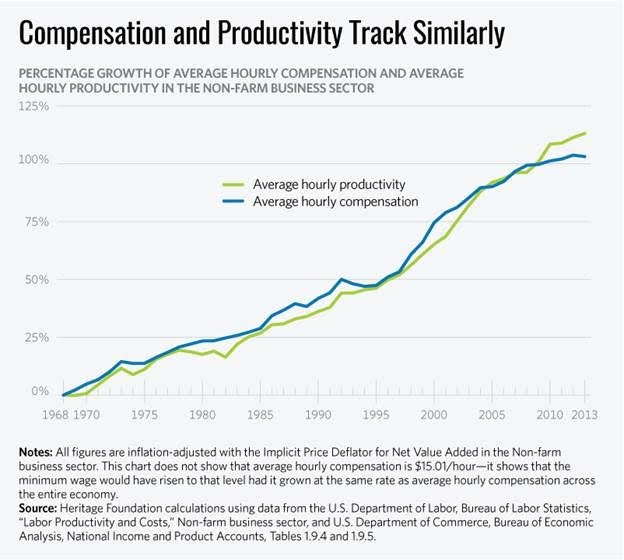 If the voters of Kansas City have an opportunity to vote on an increase to the minimum wage, they deserve an honest policy discussion about the costs and impacts of a wage hike, who will really benefit, and how it will affect the services on which they rely.