Did the Missouri Senate Sacrifice the Rights of Minorities for Union Executives?

The legislature failed to override the Governor’s veto of paycheck protection. The bill will not become law. The override came down to just one vote. As the Kansas City Star reported, this senator:

kicked off debate Thursday with a speech listing off a “litany of issues with unions,” including several run-ins that … involved racist comments by union members.

The senator has a point here. The interests of the African American community and union leaders are not always aligned, and the rights of minorities are sometimes sacrificed for the good of the politically stronger labor movement.

Ironically, labor reforms such as paycheck protection are about protecting the rights of a minority from the will of a majority. Paycheck protection allows a worker to opt out of the campaign contributions and expenditures of a government labor union. Paycheck protection recognizes the fact that not everyone has the same political views as their union and that this difference of opinion should be respected.

The other labor reforms we’ve discussed, transparency and union elections, are also aimed at protecting a minority from the majority. Financial transparency would allow workers and taxpayers to see how government unions spend taxpayer-funded union dues. Union elections would give workers the chance to de-unionize their workplace every few years. All of these reforms make unions more responsive to all of their constituents, not just the majority. And all of these reforms lead to greater worker freedom.

The next time our elected officials want to take a stand on protecting minority rights, they might consider endorsing public policies that actually protect minority rights. 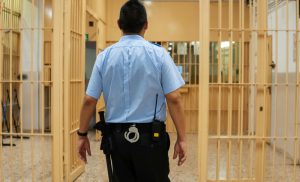