Will Future Health Care Look Like Canada’s or Britain’s?

A shorter version of this article first appeared in the St. Louis Business Journal.

Commentators in the current health care debate often look to Canada’s and Britain’s public health care systems for hints as to what our future may resemble. These countries’ experiences should provide insights into the future impact of proposed reforms with respect to rationing, queues, quality, and cost of a public health care option. Most discussions ignore the fact that these two systems are decidedly different, both philosophically and operationally.

The overarching goal in each of Canada’s provincial health plans is that every Canadian should have equal access to medically necessary physician and hospital services, “on uniform terms and conditions.” However, inefficiencies in the Canadian system are made manifest by the number of Canadian citizens who travel to the United States, willing to pay cash for immediate hip replacements, MRIs, and so forth.

The British system, in contrast, recognizes that patients with sufficient resources will find ways to pay for services beyond those offered by the public medical plan. Rather than forcing private payers seeking better medical care to travel across international borders, the British have taken a much more common-sense approach. The National Health Service coexists with an expanding private health care insurance system, which has garnered a popularity that is reflected by the vast number of health care providers — dentists, surgeons, hospitals, and health care clinics — who rarely accept National Health Service patients.

Millions of Britons have private medical insurance that allows them to access specialists and hospitals without the wait times generally associated with the National Health System. And the current swine flu scare is pushing even more people toward private insurance, given the National Health Service’s severe shortage of hospital beds should an epidemic occur. Employer-based private group medical insurance has also grown substantially during the past decade, partly because companies may deduct the full cost of premiums from their corporation tax levies. In other words, the British government has encouraged a second, higher tier of medical services to evolve, if only to reduce the financial pressure on its National Health Service.

Will future health care in the United States look more like Canada’s or Britain’s system? To answer this question, let’s consider the most prominent public health insurance option that exists today: Medicare.

Medicare has been held up as a laudatory model for health care reform. This publicly financed medical insurance plan for the elderly allows subscribers to choose their hospitals and doctors, and generally permits them to self-refer to specialists. However, Medicare offers only one benefit package at the same premium rate for all enrollees. As such, Medicare resembles the Canadian model, not the British.

Some argue that a “one-price, one-package for all” program is desirable. It isn’t. Medicare subscribers, for example, cannot opt for a bare-bones catastrophic plan and self-insure their risk of future hospitalization. A little-known feature of the Medicare plan is that it forces subscribers to accept “benefit equality.” Mirroring the Canadian system, Medicare bans “balance billing.”

To explain this prohibition, consider the following example: Your father’s cardiac surgeon wants to use a newly developed “drug eluting” coronary stent to treat your father’s angina. This new type of stent costs three times as much as the standard stent that is covered by Medicare. What if you call the surgeon and offer to pay the costs of the new stent over and above whatever Medicare’s payout would be for the standard stent? Under Medicare, this is illegal. Medicare prohibits the surgeon from “balance billing,” wherein you pay the difference between the amount Medicare covers and the price of the services you are requesting. If your loved one is covered by Medicare, that patient cannot receive more than Medicare’s dictated level of benefits, even if the patient is willing to pay the difference!

A patient covered by private insurance, however, can negotiate with a doctor for add-on services that are not covered by the insurer. If your child breaks his wrist and wants a waterproof cast so he can swim, you have the option to pay, over and above what the insurer covers, the additional charge for this special cast. If the wrist is covered by Medicare, that choice simply is not available.

Is this restrictive type of coverage offered by Medicare the level of choice that we are willing to accept in exchange for giving up the private insurance system that currently exists for the non-Medicare population? This question is not hyperbole. Embedded in the current federal health insurance reform proposals are strong incentives for employers (especially small businesses) to discontinue their employee coverage and substitute the public plan for an annual fee. This substitution of public for private workplace coverage is exactly what has happened to retirees after the introduction of Medicare Part C, the public insurance program covering drugs for seniors.

Extending a plan like Medicare (or the similar Canadian model) to a vast number of additional citizens would break the bank. Political pressure has mounted lately to provide senior citizens with the benefit of new but costly technologies that can potentially improve their quality of life, such as drug-coated stents, accommodating lens implants, and new forms of chemotherapy infusion. The list of new technologies will grow as they are discovered. Because of Medicare’s balance-billing prohibition, however, physicians will never offer these more costly technologies or services unless Medicare officials first agree to include them in the plan’s covered benefits. There is no other way to recoup the costs for these services from Medicare patients — even one who is willing to pay out of pocket.

Ironically, the Canadian Supreme Court ruled only a few years ago that then-current prohibitions against private insurance and private contracting for medical services were unconstitutional. The Chief Justice wrote that “access to a waiting list is not access to health care … the prohibition on obtaining private health insurance is not constitutional where the public system fails to deliver reasonable services.”

Just as Medicare subscribers are currently unable to legally negotiate for a higher or lower level of coverage, current health care proposals would likewise not permit young people to opt for more bare-bones catastrophic coverage and use savings for minor bumps and bruises. If young people are not heavy demanders of the health care system, shouldn’t they be given the chance to opt for decreased insurance coverage?

From a government planner’s perspective, the answer is simple: No. If young people were enrolled in the same comprehensive insurance programs as the elderly, they would effectively subsidize the older generation’s growing demand for medical care. The young would be saddled with premiums that far exceed their actuarial risk. The federal government now uses a similar scheme to fund Social Security; will officials straight-facedly use the same rationale to sell a nationally mandated health insurance program? More importantly, will the voting population agree?

Reforming the current system by creating a Medicare-like program would entail adopting a plan more like Canada’s and less like Britain’s. Doing so would mean that we reduce choice among medical options for many patients. Everyone deserves a medical safety net, but isn’t choice in medical options a patient’s right?

Adopting a Canadian-style health care model would also mean that many U.S. citizens inevitably find themselves in the same quandary as those Canadians who must cross the border in order to access the latest innovative medical technologies that were not contemplated when the government last established its fee structure. If that happens, the question becomes: To which country will we go?

Susan K. Feigenbaum is a professor of economics at the University of Missouri–St. Louis. Rik W. Hafer is distinguished research professor and chair of the Department of Economics and Finance at Southern Illinois University Edwardsville and a scholar at the Show-Me Institute. 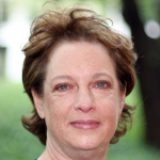