The rules of the game are pretty simple. I give you a statement, and you tell me whether it came from a union or the Tea Party.

Question 1: Who said the following – a union, or the Tea Party?

[F]or two years we have sought from the Administration and Congress interpretations to the ACA [Affordable Care Act] that merely allows us keep the health plans we currently have: nothing more, nothing less. No special treatment. …

[T]he unintended consequences of the ACA will lead to the destruction of the 40 hour work week, higher taxes …

[T]he Congress and the Administration have demonstrated they have the authority and power to make dozens of other corrections to the ACA, including taking care of big business and well-paid Congressional staff members…

And Question 4: Is this a union … or the Tea Party?

[T]hat [this group urges] Congress and President Obama to undertake immediate changes to the implementation and regulation of the ACA.

If you answered “Tea Party” to all of these, you would be … completely wrong. The statements come from a resolution that the Nevada chapter of the AFL-CIO passed last week “Urging the President and Congress to Uphold Their Promise for Unions to Keep their Current Healthcare Plans Under the Affordable Care Act (ACA).”

As it turns out, even if union members like their plans, they may not get to keep them, thanks to provisions in the ACA that incentivize employers to dump some workers into the exchanges rather than provide them health benefits. Indeed, union health care benefits are a big reason many members join a union in the first place; without the robust health benefits that the union negotiates, union membership would become considerably less valuable and paying union dues would become less attractive to union members. Less union power means fewer union members means less union power … you get the picture. Let’s just say unions should have read the bill more closely before they supported it.

But at least it seems like we’re all in agreement on one thing: it’s time to reopen the law. The question now is, when will the obstructionism in Washington, D.C., end so real health care reform can begin? How long will Americans, union and non-union, have to stomach the ACA before the ACA’s architects concede they made a lot of mistakes and that the law needs to be overhauled? Stay tuned. 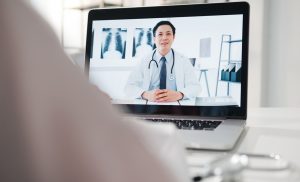 SMI Podcast: The Case For Choice In Health Care
Connect With Us