As its details became clearer, we talked a lot over the least few weeks about the policy ideas that underpin the federal Tax Cuts And Jobs Act. The bill reduces taxes on individuals and corporations, nearly doubles the standard deduction, and reins in some of the itemized deductions that historically have tended to favor a cavalcade of special—and oftentimes wealthy—interests. I would have liked to see steeper cuts to the state and local tax (SALT) and mortgage deductions, but with the passage of the tax reform bill yesterday, we will have to save those fights for another time.

The Senate passed the GOP bill early Wednesday morning and the House then voted on it for a second time to fix technical problems with the legislation, the final step before it’s sent to President Donald Trump for his signature.

According to the Tax Policy Center, 8 out of 10 Americans will see their taxes reduced under the finalized bill, including the vast majority of middle income earners. It also sounds like entitlement reform could be coming soon to pair any long-term revenue reductions from this tax relief with long-term spending reductions, as well. Entitlement reform should have happened with or without tax reform, obviously, but that the two issues are being talked about in the same breath now is a positive development for supporters of good, sustainable governance.

But let’s not forget one other big development in the tax reform bill: starting in 2019, the end of Obamacare’s mandate penalty/tax.

The individual mandate was included in ObamaCare in part to draw young and healthy people to sign up for insurance in the marketplaces as a way to offset the costs of older and sicker enrollees.

Still, not everyone agrees that the measure has worked as intended, with some saying the mandate hasn’t been as effective as originally thought to entice people to buy health insurance.

“Today, we’re turning Obamacare from a mandatory program into a voluntary program and providing additional tax relief for the millions and millions of Americans who have chosen and will choose not to buy a government-mandated product that for them provides not the value that they want,” Sen. John Barrasso (Wyo.), the No. 4 Senate Republican, told reporters on Tuesday.

To me as a Millennial, the functioning of Obamacare’s mandate was a particularly objectionable piece of that bill that used younger, generally poorer Americans to subsidize everyone else in the individual market. It’s why so many young people instead risked not getting the insurance at all, especially as the premiums on the plans available to them exploded year after year.

In the end, while I’d like to have seen more from the bill—and frankly, more from this year, including a full repeal of Obamacare—the passage of the TCJA is a welcome win in what could otherwise have been a dicey year for supporters of free market reform. 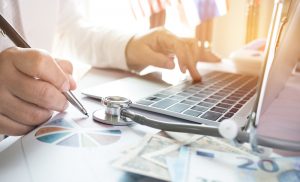 More Policies to Fight COVID-19
Connect With Us