With all the drama of the past year of pandemic policymaking, one of the health care-related policy reforms that didn’t get a great deal of attention in Missouri was the potential abolishment of Certificate of Need, or CON. CON laws allow the government to decide whether a variety of health care facilities can upgrade their equipment or even operate at all, and it gives a platform to incumbent providers to advocate against new entrants to the market.

Bizarre, right? I thought so and wrote a whole paper about it. The good news is CON laws are falling out of favor across the country, and there are rumblings in the Missouri Legislature that CON elimination could be a major priority in 2022. The bad news is it isn’t 2022 yet.

In the meantime, the old and broken system lingers, and as The Missouri Times reported this week, seasoned health care providers who want to serve Missourians (or just serve them better) are still having to go hat in hand to beg the government to let them offer care for people. Indeed, the Health Facilities Review Committee (HFRC), which grants or denies certificates, was back at work, and the absurdity of the system was once again front and center.

Among the lowlights, an hour-long debate over a pair of proposed senior living facilities in St. Charles County stands out. Opponents argued that the new facilities would pressure existing providers to find quality employees, presumably because the newer facilities would pay better and would, of course, be newer. (“Competition for staff” is a common objection at these hearings.) Opponents also argued that a lot of certificates of need had already been issued in the region, but the holders of many of those certificates haven’t opened facilities yet and thus a certificate shouldn’t be issued here.

And then there are the applications to add or upgrade existing equipment.

Barnes-Jewish in St. Peters needed to ask the HFRC for permission “to replace its cardiac catheterization lab where doctors work to restore blood flow after a stroke” with a new $2.8 million investment. It was approved. A cancer center in North Kansas City was approved for a “$2 million replacement for its PET/CT system which administrators said was lacking.” It was approved. A Kansas City area provider wanted to add a $2.6 million MRI unit. Approved. Obviously.

Again, why is the state involved in this at all?

The idea that the government has any business interfering with qualified health providers creating or upgrading facilities is absurd and counterproductive to the public interest. I’m hopeful that next year will be the year that CON requirements are finally eliminated in Missouri. It’d be a great thing for providers and patients alike. 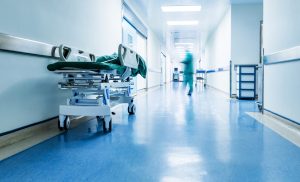