The ink is barely dry on HB 818, an innovative free-market health care reform bill that encourages individual responsibility and employer participation. Other states, including Kansas, are hoping to emulate it. A new plan proposed last week, however, takes a significant step in the wrong direction. “Insure Missouri” is designed to fund policies for low-income adults, but does not continue on the path to market-based reform that put Missouri on the map.

“Insure Missouri” is modeled after “Healthy New York,” a connector-type program that amounts to central bureaucratic planning for health insurance. It’s a state program with a health plan designed by the state, offered through providers contracted by the state, at rates controlled by the state. What happened to the free-market approach?

The plan as announced will be implemented in three phases over a 15-month period:

Phase 1 offers coverage to some 54,500 working parents and caregivers with children in the home, with income at or below the poverty level. The children in these families are already covered by MO HealthNet.

Phase 2 subsidizes coverage to an estimated 77,000 adults, with income up to 185 percent of poverty level — about $18,900 for an individual. Participant costs will not exceed $145 monthly.

Phase 3 is small business reinsurance. This won’t take effect until 2009, and few details are available. If it follows the “Healthy New York” model, employers would be required to pay 50 percent of premiums and have at least 50 percent of employees participating.

Approximately 189,000 adults would be covered through “Insure Missouri” by 2010, at an estimated price tag of $600 million. According to Rep. Doug Ervin, HB 818’s sponsor, this will rise to $900 million by 2012. There are many unknowns, including the estimated cost per participant, the actual funding sources, and whether employers will be forced to contribute.

In fact, thanks to HB 818, a healthy 25-year-old could pay as little as $37 per month for a plan that includes a free annual physical. His employer can also contribute to the premium and put money in his pretax health savings account (HSA) — which grows with interest. In other words, we already have a new system of incentives designed to increase the ranks of the insured. We should let it take effect before adding new layers of bureaucracy and centralized control.

The goals of any health care reform should include an emphasis on wellness, individual accountability for a healthy lifestyle, and wise consumption of health care. Subsidies should be reserved for the truly needy, with a system in place for smooth transition away from the program.

A simple step toward reaching these goals would be to convert subsidies for all health welfare programs, such as MO HealthNet and SCHIP, into income-based vouchers that can be used to purchase private policies or to join an employer’s plan. For those who feel Missouri must expand subsidies to low-income adults immediately, a pilot program could extend these vouchers to the adults that would be eligible for Phase 1 of “Insure Missouri.”

The advantages would be many. Voucher recipients would be free to add their own funds to buy a more expensive traditional plan, or purchase a lower-premium plan and put the balance of their vouchers into an HSA or health opportunity account (HOA). Those funds can be used for routine health expenses, such as pain relievers. This encourages consumerism, and promotes wellness and responsibility.

Subsidizing this primarily healthy, young group (820,000 on MO HealthNet and SCHIP alone) would add their premiums to the coffers, reduce overall risk for the general public pool, and lower rates for everyone.

Since many providers no longer accept Medicaid/SCHIP patients because reimbursement rates have been lowered, private plans would provide health welfare recipients with a wider choice of providers, decreased wait times, and shorter driving distances. Vouchers would also allow families to take advantage of discounts for private family plans or add the family to an employer’s plan.

Greg Scandlen of Consumers for Health Care Choices wrote, “Missouri’s (HB 818) is so good and such a model for other states that it should change its motto from ‘The Show Me State’ to ‘The Show Us (How to do it) State.’”

Rather than veering off on this path that leads to government-controlled health care, Missouri should forge ahead on the road to personal responsibility and free-market health care reform

Beverly Gossage is a consumer-based health care expert and research fellow with the Show-Me Institute. 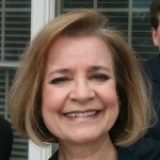