Chart: This Is Not ‘Medicaid Reform’

Earlier this month, the Heritage Foundation built and published a chart that ran out the direct costs of a Medicaid expansion with the “savings” the state could expect from now until 2022. This chart does not include the $1.6 billion in costs associated with the expansion’s so-called “woodwork effect,” whereby those currently eligible for the existing Medicaid program but not yet enrolled would become enrolled as a result of the Medicaid expansion. That fact makes this chart essentially a best-case cost-benefit scenario for a program whose costs, again, have not really been engaged by Medicaid expansion proponents. “No plan” for those costs is not good enough, as this chart bears out. 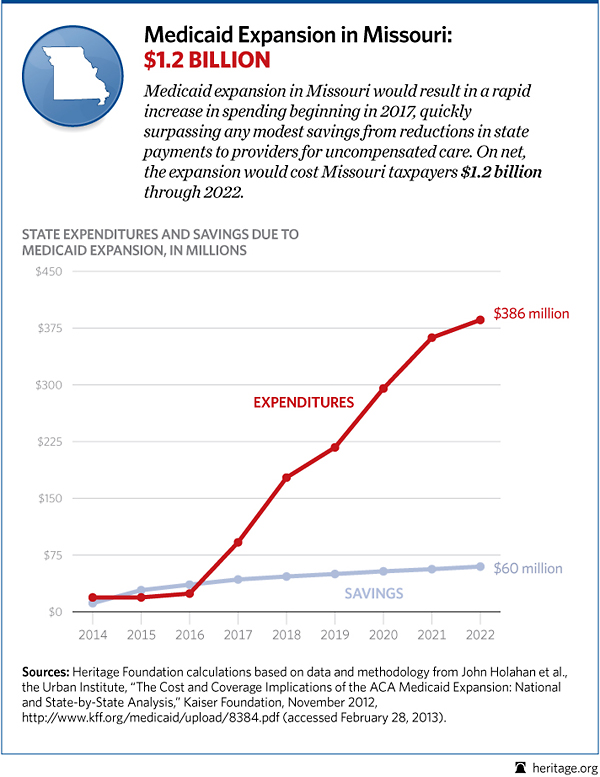 What to Do about Medicaid?
Connect With Us