Webster County at Risk of Being Sucked Dry by Ethanol

On Wednesday, an appellate court heard arguments about the proposed $165 million ethanol plant for Webster County. The Springfield News-Leader highlights the case. What it basically comes down to is an ongoing feud between Gulfstream Bioflex Energy (GPE) and The Citizens for Groundwater Protection (CGP). This is the second Missouri plant that the two groups have fought over, the first fight occurring in 2006.

The CGP is afraid of the amount of water the ethanol plant will suck from the surrounding area, a fear that is eerily similar to Spaceballs, although, to be fair, Spaceball One was after oxygen — not water. Besides the fear of water shortages in their personal wells, Webster County residents are also resistant to the amount of pollution the plant would create, making any remaining water unusable.

Does Missouri really need more ethanol right now? I won’t go into the details that have been outlined many times before, but ethanol is not the key for Missouri’s energy. Already, we are too bogged down by it with our E-10 ethanol mandate. The new plant will not only hit residents economically with increased fuel and food costs, but will also literally have their life source cut off.

Be sure to read the Show-Me Institute’s case study, “The Economic Impact of The Missouri E-10 Ethanol Mandate.” 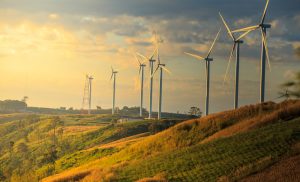