For the past few weeks I have been researching and writing extensively about the Missouri Clean Energy Initiative. The issue will be on the November ballot and, if passed, will require Missouri’s four largest energy suppliers — Ameren, Empire, Aquila, and Kansas City Power & Light — to provide 15 percent of their energy from renewable sources by 2015. So far, there has been little opposition to the bill, and even the power companies seem to be on board.

Now, being away at college and working in the Clayton office of the Show-Me Institute every day, it’s not surprising that I can forget my roots. So, when checking John Combest today, I was surprised to see my li’l old hometown, Washington, Mo., smack on top of today’s news. Washington’s newpaper, The Washington Missourian, has gone green and officially supports Proposition C — the Missouri Clean Energy Initiative.

Though the article is, not surprisingly, lenient toward the proposition (it claims there is no downside, even though rates will initially rise by a small percentage), it is good to know that even the people in my small hometown are taking time to find the best solution to the energy situation. Honestly, I guess the move toward renewable energy is not too surprising, considering just how many people in WashMo can see the Labadie coal plant from their backyards. 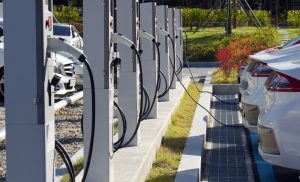