Gridlock and the History of Light Rail in Saint Louis

I’m currently reading Gridlock: Why We’re Stuck in Traffic and What to Do About It by Randal O’Toole, the Antiplanner. Although the book discusses the problems in America’s transportation system in general, certain parts of it are specific to light rail in Saint Louis and the debate surrounding the proposed MetroLink expansion. I’d like to share some passages from Gridlock that communicate why expanding MetroLink is unnecessary and cost-inefficient.

When St. Louis opened its first light-rail line in 1993, it was hailed as a great success because system ridership, which had shrunk by nearly 40 percent in the previous decade, started growing again. But when St. Louis opened a second line in 2001, doubling the length of the rail system, rail ridership remained flat and bus ridership declined. By 2007, total system ridership was no greater than it had been in 1998.

Second, O’Toole describes how Saint Louis experienced a reduction in energy efficiency after launching a light-rail line. He explains that this is because the city ultimately uses more fuel on buses that carry smaller average loads than it did before building the line.

Third, MetroLink’s revenues add up to less than its expenses, and an expansion would exacerbate this deficit:

The transportation plan for St. Louis […] notes that the transit agency’s projected revenues could not even cover its operating costs, much less the cost of light-rail expansion. The plan adds that county voters rejected a tax increase needed to support transit operations and that, even with that tax, the agency’s revenues would be insufficient to support the proposed expansions. 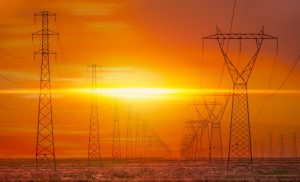 Want Better Electricity Prices? Be More Like Illinois
Connect With Us