Students and families are nearing the one-year mark of schooling in COVID times. For many, traversing this ever-shifting education landscape has been a fractured and frustrating experience. But finally, with vaccinations ramping up, it seems like there might be a light at the end of the tunnel.

Or maybe not, depending on who you ask. A recent Post-Dispatch story highlighted some who seem skeptical about schools reopening. A superintended in a Texas school district is quoted as saying: “As far as 2021–22, at least some part of that school year is likely still going to be pandemic response-related on the assumption that children won’t have access to the vaccine, or at least many won’t.” The article also quotes Michael Mulgrew, head of the United Federation of Teachers in New York, who says it’s impossible to commit to in-person schooling in the fall because it’s theoretically possible that those who get vaccinated might still spread the virus.

In Fairfax, Virginia teachers jumped to the front of the line to get vaccinated, but the district isn’t reopening in-person schooling even though a large majority of teachers have now been vaccinated—and the union won’t even commit to in-person schooling in the fall. The union also said that schools shouldn’t be reopened until all students have been vaccinated (never mind that no vaccine has been approved for kids under 16 yet).

In Chicago, teachers went on strike in the fall, and then the union issued a laundry list of demands for reopening in December. This list including some untenable items like outlawing simultaneous teaching—where teachers both instruct in-person and remotely—and reducing remote learning screen time. The union then defied an order from Chicago Public Schools to return to classrooms in late January, and narrowly avoided a strike by recently agreeing to a partial reopening of schools.

Similar stories have played out in San Francisco and Baltimore, among many other places. Obviously, everyone wants teachers and other school staff to be safe when returning to schools. But one begins to wonder what’s really happening here when it feels like the goalposts are constantly moving and the pretexts for avoiding reopening are so flimsy. Excessive caution about reopening schools also appears to fly in the face of the available evidence on the subject.

There’s simply very little evidence that schools are significant sources of COVID spread. Based on available data, COVID rates for students and teachers mirror the rates in the surrounding community (this doesn’t even include elementary and middle school students, whose rates are predictably lower than the population at large). The CDC director recently said that schools do not need to wait for all teachers to be vaccinated before safely reopening. The CDC also published its own study in late January, and concluded: “There has been little evidence that schools have contributed meaningfully to increased community transmission.”

Meanwhile, this process is taking an unbearable toll on students. Very few people seem to think remote learning works particularly well; more than a quarter of Missouri parents rated their children’s remote learning experience as a D or F. Remote learning has also left many students and families behind, and has exacerbated existing achievement gaps. We’re still early in the process, but early projections indicate the overall learning loss could be enormous and long-lasting. And it’s not just about learning; research suggests kids are suffering socially and psychologically.

So what does this mean for Missouri? The point isn’t that every school across the state has to fully open tomorrow. Not every district has to have the same plan, as the variables in districts across the state vary dramatically. But we should be listening to what experts have to say and paying attention to the data. And since experts indicate that schools can be reopened safely, it seems that Missouri schools should be planning to do just that as soon as possible. The concerns and needs of parents ought to come before those of special-interest groups. 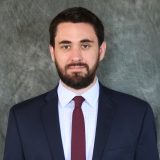