Did you buy a house at least in part because of the neighborhood school? Lots of parents do. What would you do if you suddenly learned that your children must now attend a different school in the name of redrawing school boundaries?

It is common that every five to ten years, school districts will redraw school boundary lines due to growth in the district, attendance changes, and other factors. When these lines are redrawn, students get shuffled around. The Columbia School Board recently redrew boundaries for many of its elementary schools and has announced plans to transfer around 900 students for the 2022–2023 school year.

But other students will be transferred to schools that perform significantly worse than the schools they currently attend. Some Midway Heights students (math proficiency: 70–74 percent) will be transferred to West Boulevard (math proficiency: 35–39 percent). These kids are transferring from a class where 7 out of 10 students are performing at grade level to a class where 7 out of 10 are not. To think that this will not affect these students’ futures is absurd.

The fact that students can be forcibly shuffled to other schools is an artifact of assigning children to schools based on their addresses. While parents can technically appeal a transfer, slots need to be filled, so the success of an appeal is far from guaranteed. Rather than being able to choose the school where their children can receive the best education, parents watch as their children are assigned to the school that matches their boundary lines—lines that can be erased and redrawn every few years.

The current educational system thwarts parents even when they make intentional decisions and sacrifices to live in areas so their children can attend better schools. This injustice illustrates the importance of school choice. Education Savings Accounts, charter schools, and other school choice programs could help families escape situations like this by giving them the freedom and resources to pursue the education they want for their children instead of being stuck inside school boundary lines drawn by bureaucrats. 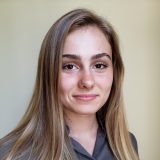 Kate Poortenga is an intern at the Show-Me Institute.