The Springfield News-Leader has an insightful editorial arguing that Missouri should be allowed to opt out of No Child Left Behind. They correctly point out that the law puts too much power over the education of our kids in the hands of Washington bureaucrats.

But for some reason, they still insist that the federal government should continue providing funding to the states even after the other red tape is repealed. This doesn’t make any sense to me. The money came from Missouri taxpayers in the first place. What’s the point of sending it to Washington, where the federal bureaucracy can skim off a share, before sending it back here? That doesn’t make sense. Instead, Congress should repeal NCLB entirely—funding included. It can use the savings to cut taxes or reduce the deficit. And then, if Missouri policymakers decide that Missouri’s schools need more money, we can levy taxes here at the state level for that purpose. That way, every dime will stay here in Missouri, and Missourians will have complete control over how it’s spent.

As the editorial puts it:

Next week, voters all over the Ozarks will practice the ultimate in accountability when they go to the polls and elect school board members and say yes or no on various bond issues. Some school districts and school boards will get a pat on the back for a job well done. Others will be told to go back to the drawing board.

It’s a system that puts accountability in the hands of those who know the most about what’s really going on in schools.

I couldn’t have put it better myself. Congress should cut the federal education budget so that Missourians will have full control over education spending in Missouri. 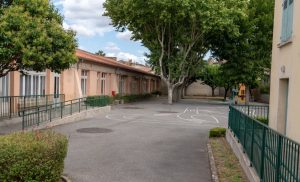 Is SALT Really a Priority for Schools Right Now?
Connect With Us