Are Missouri Teacher Salaries Going Down?

Last year, teachers went on strike in West Virginia, Oklahoma, Kentucky, Arizona, and Colorado and a general sense of unrest in the education profession swept the nation. As was written in Education Next, “Those walkouts seem to have lent new urgency to teacher demands for salary raises and increased financial support for schools.” Each year, Education Next conducts a survey on a number of education issues. Following the strike, 49 percent of respondents said we should increase teacher pay. This was a 13-percentage-point jump over the previous year’s survey.

In a separate analysis in Vox, Alvin Chang suggests that this unrest may have something to do with the fact that teacher salaries are failing to keep pace with inflation. Using average teacher salaries in each state from 2004 to 2016, Chang finds that teachers have had their pay essentially cut by three percent over this period when we account for inflation. In Missouri, that cut was 2.3 percent.

There is, however, a glaring problem with this calculation. From 2003 to 2016, there have been demographic and staffing changes in the teacher workforce. Schools have decreased class sizes, hiring more, younger teachers. With an influx of less experienced teachers, the average pay will be lower. But this doesn’t mean the salary schedules (the pay systems used for teachers) are losing ground to inflation.

To assess whether teacher salary schedules in Missouri are keeping up with inflation, I reviewed the annual salary report of the Missouri State Teacher’s Association (MTSA). MSTA collects salary schedules from each school district. The report lists the average pay for four key categories: bachelor’s degree minimum and maximum, and master’s degree minimum and maximum. The data cover a five-year period.

Below, I show the average salary, as reported on the salary schedules, in each of these categories.  As you can see, pay has been increasing over this period of time. The question is whether these increases keep pace with inflation, which helps us assess whether teacher salaries are going up or down in real terms without the impact of demographic changes to the workforce.

Figure 1: Average Salaries in Missouri Based on Salary Schedules 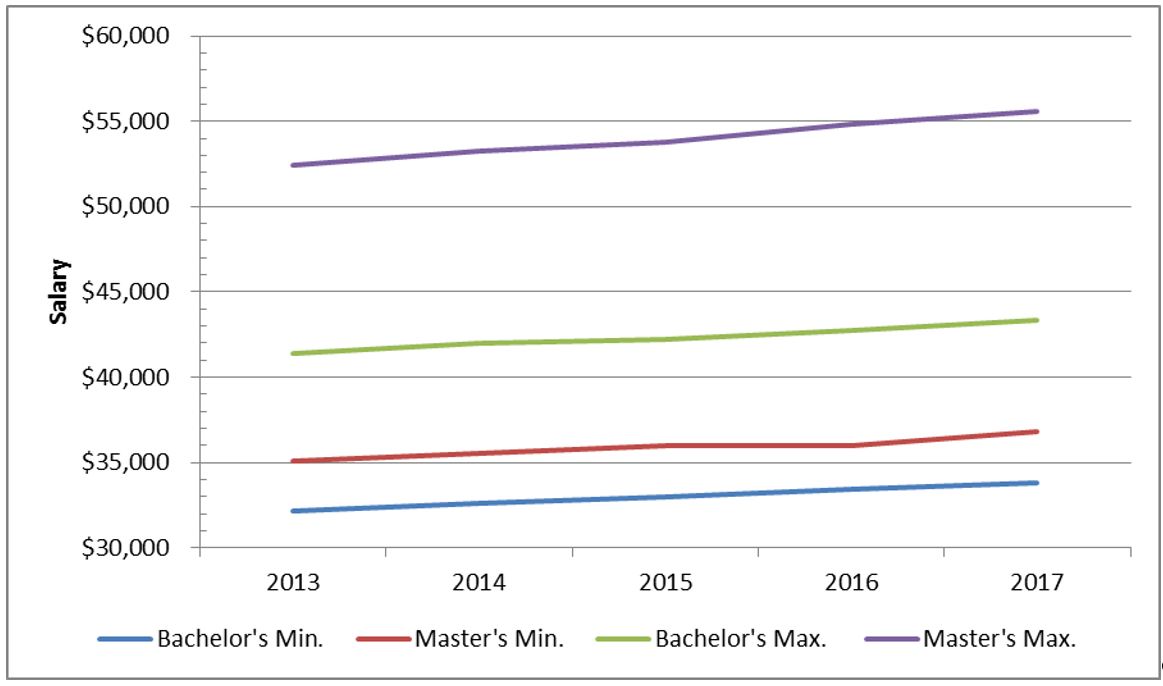 In the next graph, I adjust the salaries for inflation. As a result, all values are in constant 2017 dollars. 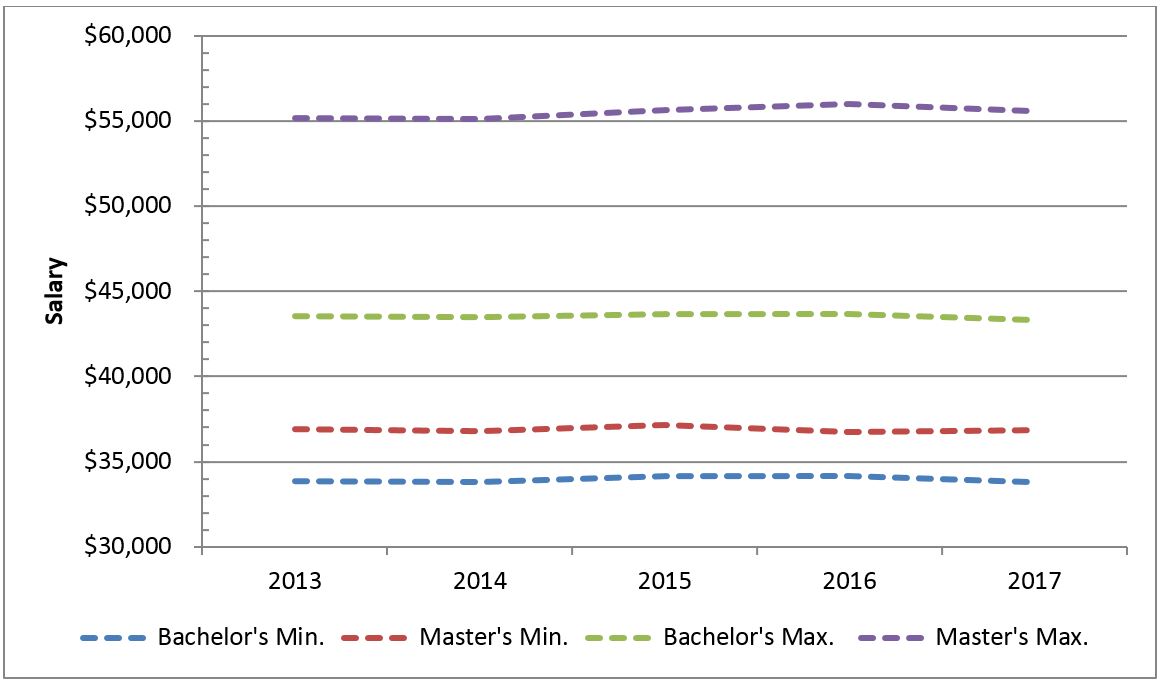 There is nothing wrong with wanting to ensure that teachers are well paid, but we need to be careful about how we analyze the data. By simply comparing average teacher salaries over time, we forget that the population of teachers is changing.

When we look at the actual salary schedules, which determine how much teachers are paid, we see little change in inflation adjusted pay scale over the past five years. Salary schedules were keeping pace with inflation, but the population of teachers changed, giving some the misleading impression that teacher salaries were falling behind.