WATCH: Taxes Have Consequences with Arthur B. Laffer, Jeanne Sinquefield and Brian Domitrovic

On September 20, 2022, Show-Me Institute and Show-Me Opportunity hosted a discussion with Arthur B. Laffer, Jeanne Sinquefield and Brian Domitrovic about their upcoming book Taxes Have Consequences: An Income Tax History of the United States.

Watch a Recording of the Full Event Here 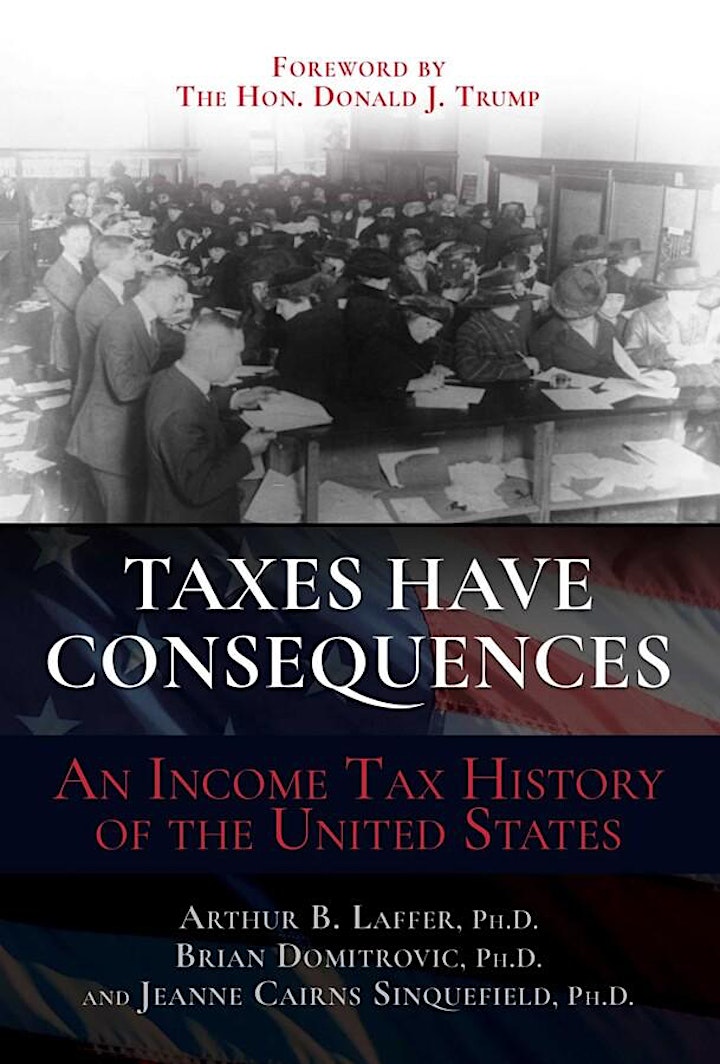 The definitive history of the effect of the income tax on the economy.

Ever since 1913, when the United States first imposed the income tax via constitutional amendment, the top rate of that tax has determined the fate of the American economy. When the top rate has been high, as in the late 1910s, the 1930s, 1940s, 1950s, and 1970s, the response of those with money and capital has been to curtail real economic activity in favor of protecting assets and income streams. Huge declines have come to the economy in these circumstances.

The most brutal example was the Great Depression itself. When the top tax rate has been cut and held at reduced levels—as in the 1920s, the 1960s, in the long boom of the 1980s and 1990s, and briefly in the late 2010s—astonishing reversals have occurred. The rich have brought their money out of hiding and put it to work in the economy. The huge swings in the American economy since 1913 have had an inverse relationship to income tax rates.

Arthur B. Laffer is the legendary founder of supply-side economics and economic advisor to President Ronald Reagan and Prime Minister Margaret Thatcher. He was awarded the Presidential Medal of Freedom by President Donald Trump in 2019.

Brian Domitrovic is the author of five books, including the landmark history of supply-side economics Econoclasts.

Director of Communications
More about this author >