Alongside 14 other states, Missouri is currently trying to advance legislation that would reform the scope and qualifications for the expungement of criminal records. “Expungement” here refers to sealing or erasing a record of arrest, conviction, and related proceedings.

Why should we expunge some criminal records? Because an arrest record, even from years ago, can stand between a person and a job. Low-level offenders who have served their time and have demonstrated their successful rehabilitation should not be held back by their past mistakes. They should be given an opportunity to move forward and contribute meaningfully to society. Expungement provides this opportunity.

Missouri currently allows the opportunity for expungement of a limited number of non-violent, low-level felonies and an approved list of misdemeanor offenses (see here for a link to the Missouri Revised Statutes for Expungement) after a period of time. In this current legislative session, Missouri Senate Bill 588, House Bill 1889, and House Bill 2224, would increase the number of times that an offender can petition for expungement and reduce the waiting period between the end of the sentence and eligibility to petition for expungement.

Currently, offenders have to wait 20 years if they committed a qualified (non-violent) felony, or 10 years if they committed a misdemeanor or ordinance violation or were arrested. These reforms would shorten the time for felons to five years and all others to three. Most importantly, these bills would expand the eligibility for expungement of records to include a wider range of misdemeanors, low-level, non-violent felony convictions, and arrests.

As Senator Bob Dixon of Springfield has said: “[this allows] the legislators to have a very frank discussion about a real expungement process that provides a path of restoration to those who have done wrong but have learned from their mistakes and have corrected their ways over a period of time so that they can, among other things, find employment.”

The best way to prevent recidivism is to help rehabilitating offenders get jobs. A 2009 study by the Missouri Department of Corrections (here, p. 26) found that Missouri offenders who were unemployed or employed only part time consistently had higher recidivism rates than those who were employed full time (working 35 hours or more a week).

Reforming criminal expungement strengthens Missouri’s program of restorative and rehabilitative justice and ultimately promotes greater economic opportunity for individuals who have paid their debt to society. That goal is worth pursuing. 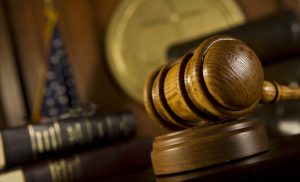 Missouri to End Debtors Prisons
Connect With Us