Under the so-called Raise the Age effort, introduced in the Missouri Senate as SB40, 17-year-olds will be prosecuted under the juvenile court system unless they have been certified as adults—often due to the nature or severity of their crimes. This would be a welcome change—only six other states presumptively treat 17-year-olds as adults.

Treating 17-year-olds as adults dramatically reduces the role of family in the criminal justice system. Police are not required to notify the parents if a 17-year-old, often a high school junior or senior, is arrested and detained. Children can be interrogated and even agree to plea bargains without a parent ever knowing of the arrest!

In addition, adult prisons are notoriously ill-equipped to deal with the needs of children and do little if anything to help them continue their education or offer rehabilitation services. Recent federal law requires that prisons adopt important—and expensive—protections for children, among them providing education resources and separating them from the adult population.

Raising the age by which an offender is automatically placed into courts of general jurisdiction mitigates much of the costly need to retrofit adult prisons to protect children, offers children important educational and rehabilitative services, and respects the role of family. As long as it does not conflict with the ability of courts to treat serious offenders as adults when necessary—such as when they have engaged in gang activites—this is a reform worthy of legislative support. 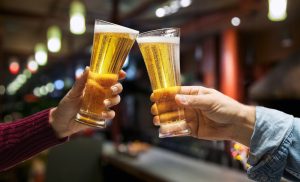 Raise a Toast: Missouri Three-Tier Speech Prohibition Struck Down
Connect With Us