There Is More Than One Way to Measure Poverty

Back in 1980, 13 percent of people were living below the federal poverty line, and 13 percent had standards of living that qualified them as poor. Fast forward to today, and the poverty rate has stayed about the same at 13.4 percent—but fewer than 3 percent of Americans have a poor standard of living. How can that be?

To understand, we need clear definitions of our terms. The federal poverty rate is based on pre-tax income of a household and is adjusted for inflation and family size. In 2017, the poverty threshold for one person was $12,060 and increased by about $4,000 for each additional household member. The consumption poverty rate, on the other hand, measures what “families are able to purchase in terms of food, housing, transportation, and other goods and services” and includes savings, access to credit, and welfare benefits, according to the authors of a recent report from the American Enterprise Institute (AEI).

The authors of the report explain that when measured based on consumption and standard of living for the poor, the poverty rate has been steadily declining since 1980 and was 2.8 percent in 2017. The fact that the consumption poverty rate has fallen relative to the federal poverty rate is a positive development. It means that a growing percentage of people whose income place them below the federal poverty line are materially better off—that is, able to consume at a higher rate—than those who were in poverty in 1980. This improvement in standard of living for those with low incomes is due in large part to public assistance programs.

While we should not declare we are “solving” poverty through the provision of welfare benefits, we should recognize that public assistance has played a role in significant progress in alleviating the effects of poverty by providing things like food and housing assistance. The ultimate goal, however, is to help move people who currently depend on welfare for a decent standard of living toward economic independence.

It is critical that Missouri identify and then pursue policies that help people out of poverty and equip them to support themselves and their families without government assistance. Breaking cycles of poverty would allow the state to focus efforts and resources on the 2.8 percent of people at the very bottom of the economic ladder while reducing welfare expenditures overall and saving tax dollars in the long run. 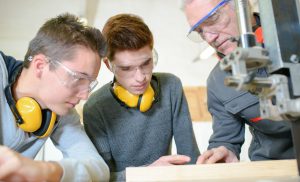