Should Missouri Increase the Minimum Wage to Help the Working Poor?

While the situation for single parents working minimum wage jobs is undoubtedly difficult, increasing the minimum wage can harm people in that position, as well as those struggling to hold down a job. After Seattle increased its minimum wage, low-wage workers had their hours cut, and the number of minimum wage jobs decreased. In fact, it is the people without steady employment who are much more likely to be in poverty and who are hurt the most by the unintended consequences of a higher minimum wage.

In a working paper for the American Enterprise Institute, Angela Rachidi uses data from the Survey of Income and Program Participation (SIPP) to show that most families who have one adult consistently working are not in poverty—and if they are in poverty, it is likely to be for short periods of time. SIPP data give us unique insights because they follow the same families for 36 months and track their poverty and job status during that time. When measuring the federal poverty rate, on the other hand, the Census Bureau merely asks families if they have been in poverty at all in the past 12 months but nothing else about their situation. 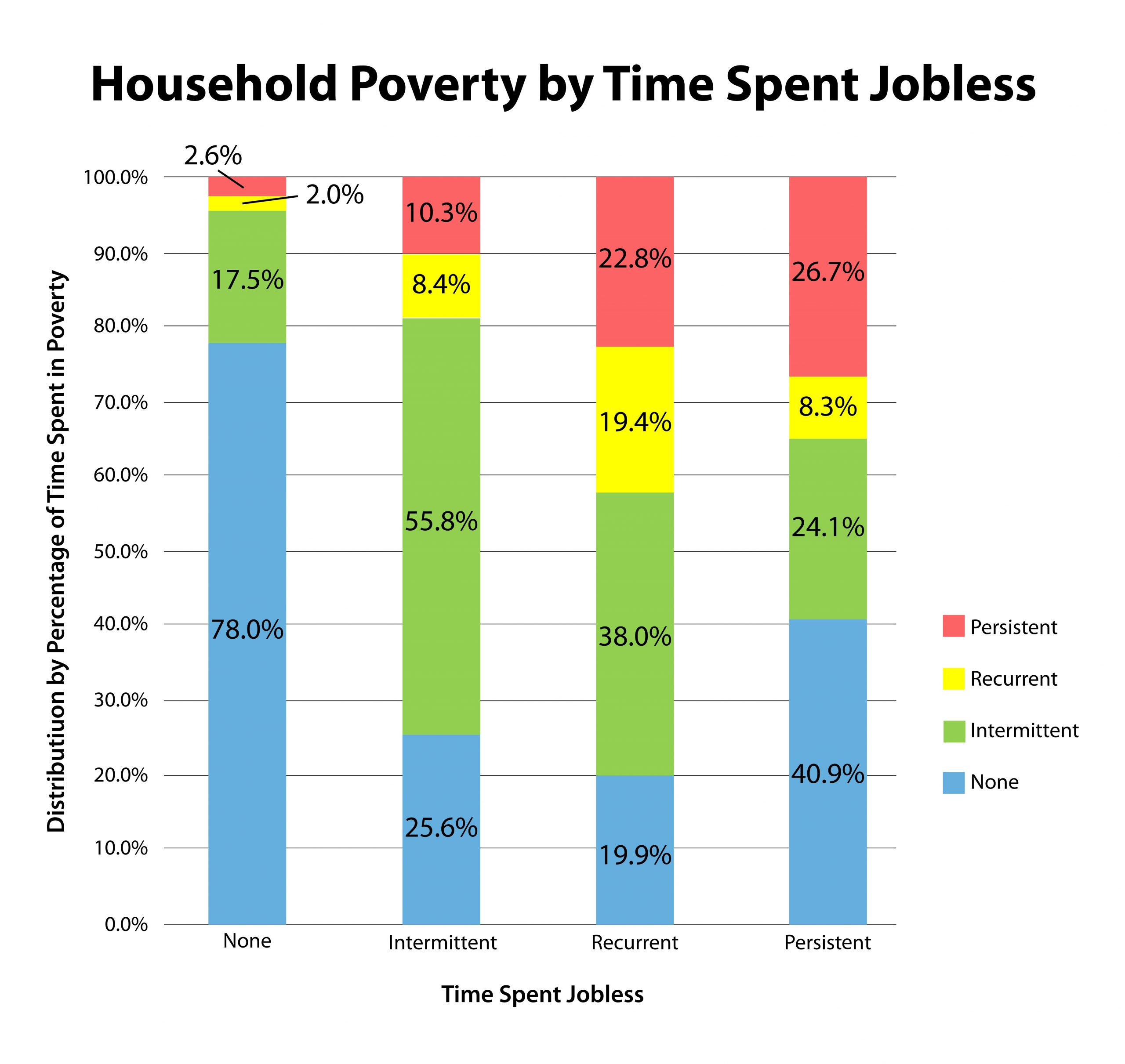 Those who experienced intermittent and recurrent joblessness (two middle bars) were much more likely to be in poverty at some point during the survey period. These people are having difficulty getting hired at the current minimum wage. For those who are persistently jobless and do not have income from retirement or disability insurance to keep them out of poverty, the barriers to entering the job market are also high. Mandating that employers pay even more for their labor will only take away employment opportunities and make it even harder for them to get a foot in the door toward more stable employment.

A better solution would to be implement an earned income tax credit (EITC) here in Missouri so that those who are working can hold on to more of their paycheck. Instead of making low-wage workers pay a state income tax, a non-refundable EITC could reduce or even zero-out their state income tax bill and increase their take-home pay.

It’s understandable to want to do something for people who work hard but still can’t escape poverty. But just because a policy is intended to fix a problem doesn’t mean that it will actually work. Missourians risk creating a worse system with a higher minimum wage that benefits the few who consistently work while harming many more who face low earnings due to frequent unemployment or underemployment.