Since the passage of the Affordable Care Act, public welfare and healthcare state spending have become the largest contributors to Missouri’s general expenditure growth.  Public welfare spending by itself, which includes Supplemental Security Income, Temporary Assistance for Needy Families, and Medicaid, now accounts for 34 percent of growth in Missouri’s general expenditure spending since the recession ended.

For most states, education remains as the biggest slice of pie for general expenditures, and for Missouri this is still the case. However, education is no longer the strong magnet of state dollars it once was.

The table below, from the U.S. Census Bureau, shows that while education still commands the largest share of Missouri’s general expenditures, spending on public welfare has increased at a faster pace than spending on education since the 2008 recession. 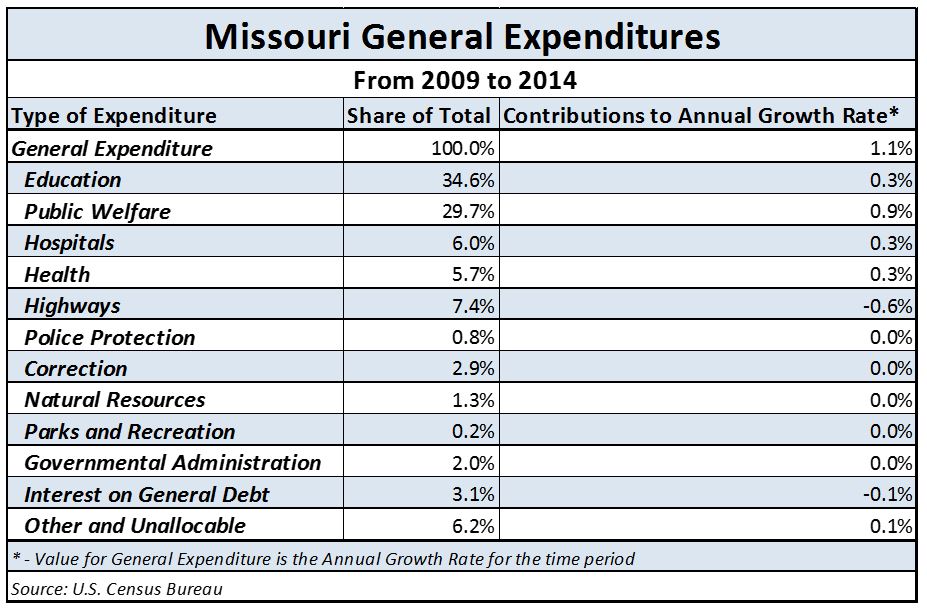 Some takeaways from this table: