This past week I’ve been discussing plans to write a $60 million taxpayer check to potential owners of a Major League Soccer (MLS) team in Saint Louis. Proponents of the subsidy claim an MLS stadium will breathe new life into downtown, attract millennials, and grow the economy. I’ve written about why I believe these claims are misguided (see here and here). But there are smart, reasonable people who disagree with me, and they’ve made their cases recently as well.

Dr. Patrick Rishe of Washington University in Saint Louis argues the current MLS stadium deal is one of the best he’s ever seen, as it includes numerous safeguards for the city and taxpayers and doesn’t use sales taxes to fund construction. Moreover, only 39% of stadium costs will be paid for by the public, compared to the usual 65% to 70%. Therefore, it’s a good public investment—and it certainly isn’t “corporate welfare.”

While his premises are true, the conclusions Dr. Rishe draws are not.

Joe Reagan, head of the Saint Louis Chamber of Commerce, notes (along with others) that the ownership group will invest $5 million over 20 years in youth sports programs. Moreover, an economic analysis shows the stadium will generate $77.9 million in taxes for the city over the next 30 years. Mr. Reagan presents these factors as evidence that the stadium deal is worthwhile. But here too some perspective is in order:

The history of stadium deals in Saint Louis and across the country shows these projects fail to make good on the promises made by their promoters. If sports stadiums were such lucrative investments, private investors would be flocking to Saint Louis to get their cut. Despite its supposed virtues, the facts and history indicate that the MLS deal is a bad one for taxpayers.

Lawmakers Need to Start Budgeting Like Adults, Not Teenagers 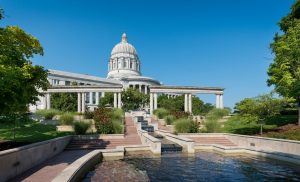 Missouri Is in Poor Fiscal Health
Connect With Us