School Spending Inequalities Are Not Just Caused by Property Wealth

As a professor who teaches courses on school finance, I regularly hear students say that inequalities in school spending come about because of our overreliance on local property taxes. This is a common perception and is mostly true. School districts do have different tax bases. As a result, they generate different amounts of money, even if they have the same tax rate. At the same time, however, districts don’t have the same tax rates. Some tax themselves more, and others tax themselves less.

Take the results from the April 5 votes, for example. Eleven school districts proposed operating levy property tax increases—six passed, and five failed. Below I highlight the 2015 tax rate ceiling for operating funds in these school districts. The chart indicates that the districts that passed increases already had higher tax rates than the districts where a proposal was rejected. 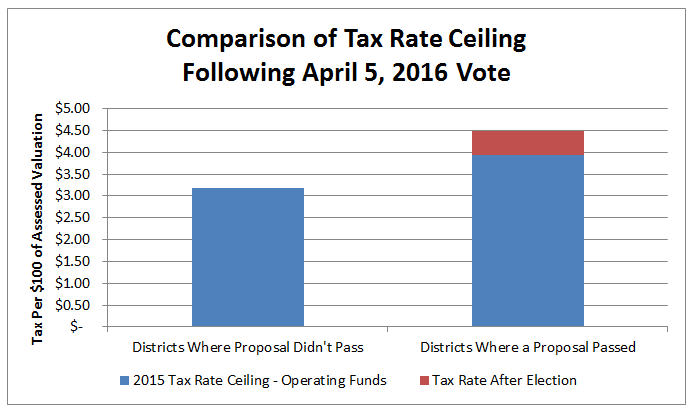 Each of the districts is listed below. They are organized from highest to lowest based on the tax rate ceiling for operating expenses after the vote. As you can see, the six that passed also have the highest tax rates. They also tend to spend more money per pupil. 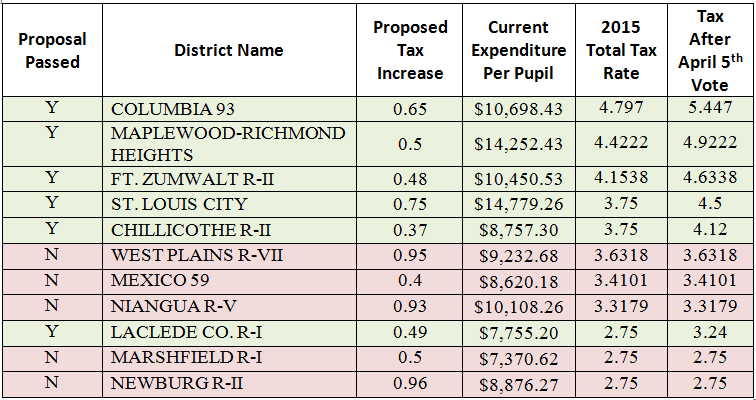 *An earlier version of this post incorrectly indicated that Laclede Co. R-I had failed to pass the proposed increase.